LOST was released in November 2015  www.fitkinwall.com . After a tour to Brussels and Italy FitkinWall performed the new show in the UK at venues including Kings Place, Nottingham Lakeside and at the 2016 Ted-X at London Science Museum.   Ruth performs on 2 harps and Graham on moog synth, red box, fender rhodes and autoharp and features visuals by Ryan Sharpe.   The music and visuals for ‘Lost’ hint at the nature of being lost or of losing something, whether a faculty such as memory, speech or hearing, or losing understanding of where we are geographically, politically or morally.   The show is both intimate and intricate and was inspired by FitkinWall’s work with aerial theatre company Ockhams Razor.   Rhythmic patterns are built up to climaxes and are juxtaposed with bare and stripped away sound worlds. 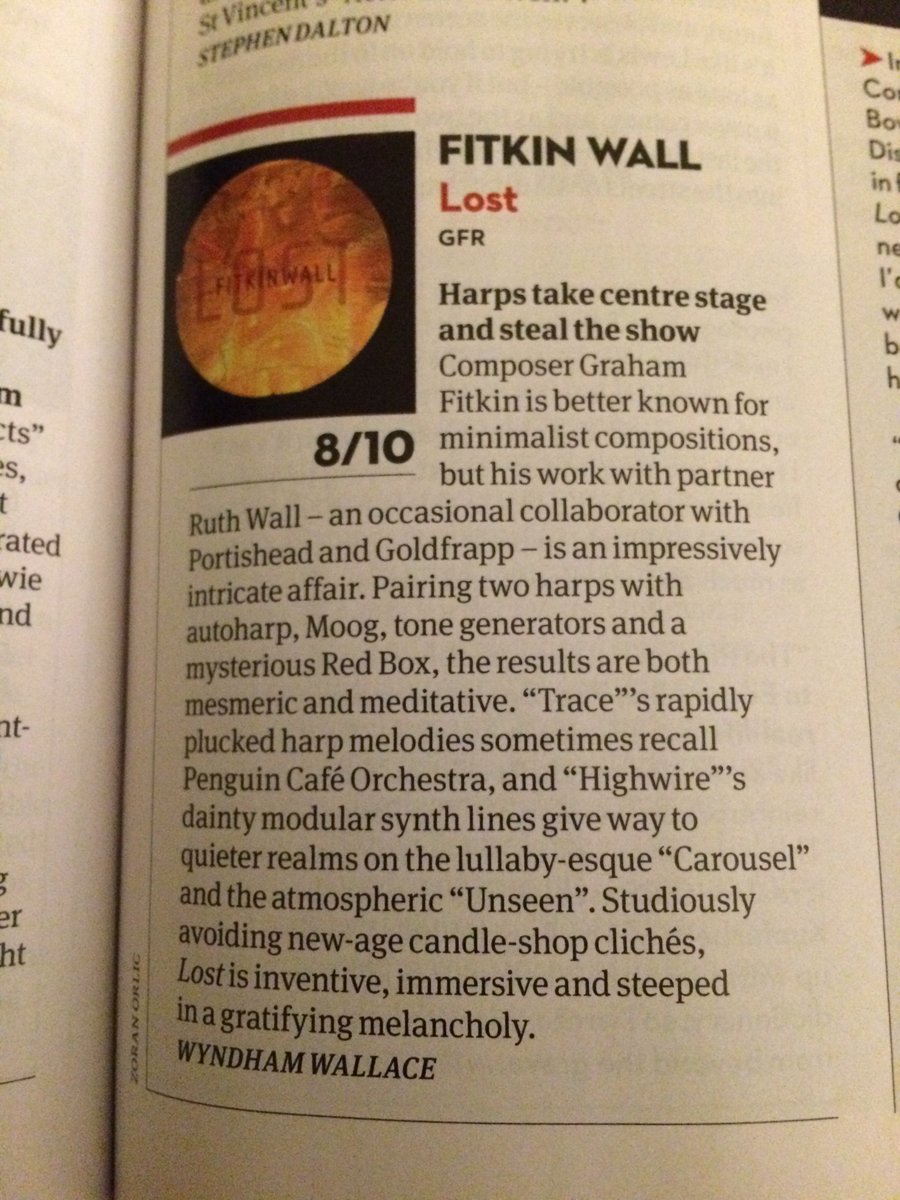